At the beginning of the first act of “The Devil Wears Prada, the Musical”, Andy, a grumpy and important recent college graduate, is a candidate for a position as personal assistant to Miranda Priestly (a thinly veiled version by Anna Wintour of Vogue). Miranda debunks Andy’s cookie-cutter idealism with a delightfully vicious monologue that includes the line “Who’s got time for purses when democracy is at stake?”

It’s the riddle to the soul of the musical, now in its pre-Broadway world premiere at the Nederlander Theatre, which is how to update a story that’s then beginning of the 2000s for a today where, among other things, toxic bosses are no longer acceptable and fashion wants to be more inclusive. Fortunately, the fixes aren’t overdone — a handful of contemporary buzzwords are added, and Miranda’s removal of Andy’s alarm clock is driven by puns, not worldview. More notable is that Andy is now black, and Nigel’s sexual orientation is overt rather than implied – “I’m not your gay fairy godmother,” he tells Andy before giving him a makeover like, well, a gay fairy godmother. More poignantly, Nigel, played by Javier Munoz, is now married and in “Seen Finally Seen” sings his story of how fashion saved him as a bullied gay boy in Kalamazoo.

It’s one of the best songs but, alas, “The Devil Wears Prada” is mired in theatrical purgatory. Even more surprisingly, Elton John and Shaina Taub’s music isn’t memorable, a problem for any musical but a huge problem when the creator’s iconic status sends expectations into the stratosphere. Many of the loudest tunes, like the titular “The Devil Wears Prada” which closes the first act with a spectacular ballroom based on the Met Gala, are EDM-focused, which is quite appropriate for a parade of fashion, but not exactly the show-tune songs thing. No more, I’m afraid, than the show’s hit, “Dress Your Way Up.” 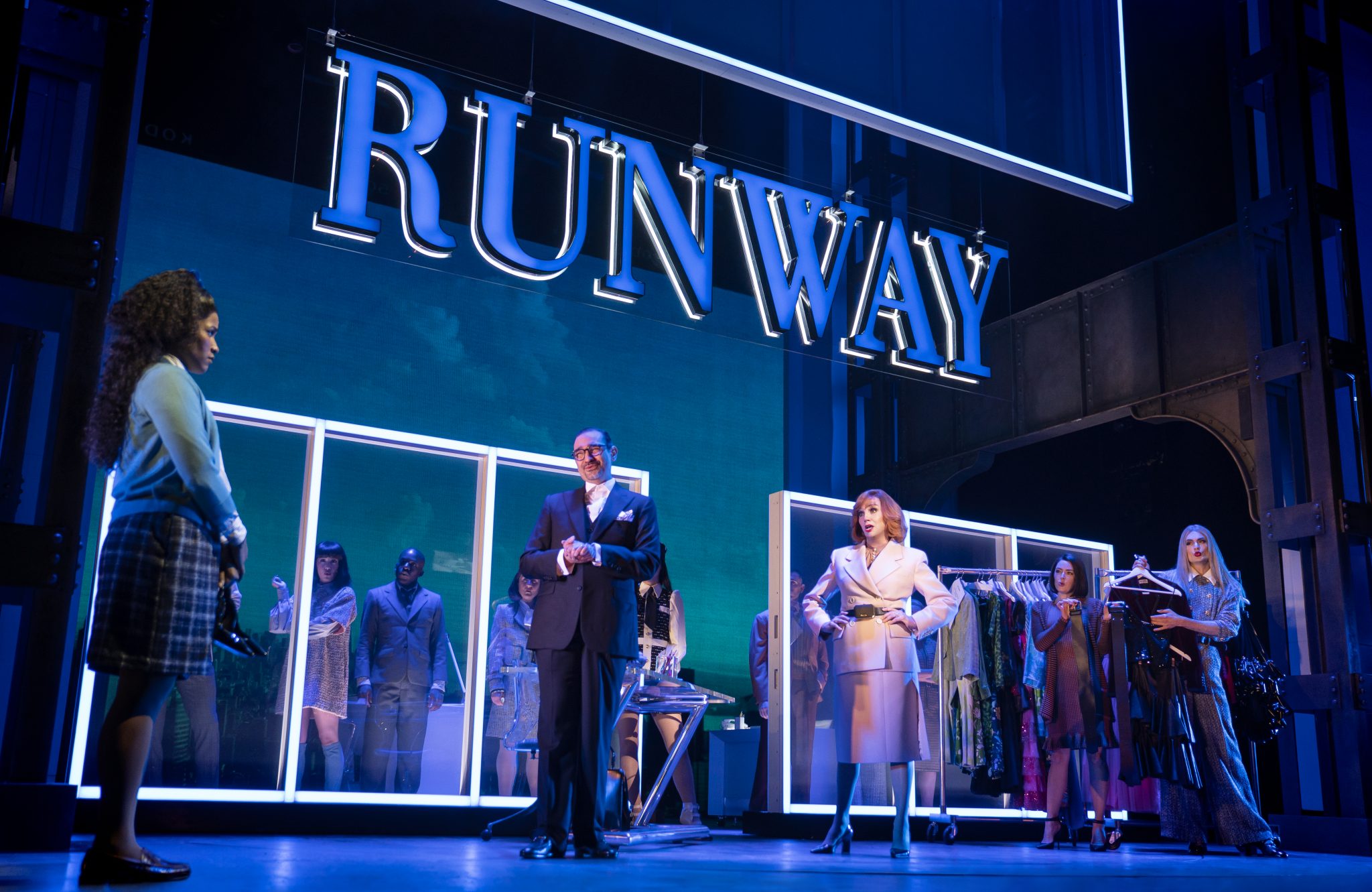 The book is more problematic than the music, with issues that go back to the original novel. This material lends itself best to a satire of the culture of vanity, a subject more in vogue than ever. The offices of Runway magazine crackle in director Anna Shapiro’s vision of a perpetual fashion show, bursting with wit, color and energy. But the story insists on being grounded in the tearful morality story of Andy and his friends, earnest and ardent but, well, dull, a tone that the production design reinforces by setting their scenes in dark palettes. and dull in a pool hall or a dingy apartment, with songs flowing as soon as they’re sung.

I’ve always been frustrated by the feminist subtext, or lack thereof, in this story. Miranda is a brilliant boss, an intelligent and shrewd icon; she torments her subordinates but it is in pursuit of excellence; she does what it takes to survive in a world conspiring against her. So when Andy, whose character has been on a professional growth path thus far, ditches Miranda to return to a homemade idea of ​​his “true self,” none of this rings true. As Andy says before the story abruptly falls apart at the end, Miranda is a “force of nature” and worthy of respect. A man like this would be a master of the universe, but we’re meant to see Miranda as Cruella de Vil.

Both the novel and the movie were huge hits despite these issues with the story and so this musical might just follow suit. A lot works very well here, starting with the management. Former Steppenwolf art director Anna Shapiro (Tony winner for “August: Osage County”) may be helming her first musical, but her experience and wits as a director keep that under wraps. The show is full of tricks.

Christine Jones and Brett Banakis’ production design, from the simple use of full-frame photo prints and slides to a transition from a New York bridge to the Eiffel Tower, is outstanding, and the choreography (James Alsop) and costume design (Arianne Phillips) transports audiences to the best fashion show ever.

Taylor Iman Jones puts as much heart into Andy as anyone could, while Beth Leavel manages to turn Miranda into a three-dimensional character despite what’s on the page.

In fact, I could watch Miranda and Nigel say their lines all night. If the spirit has lost its place in the modern world, call me old-fashioned, I guess.

At the James M. Nederlander Theater, 24 West Randolph, until August 21. Tickets on BroadwayinChicago.com 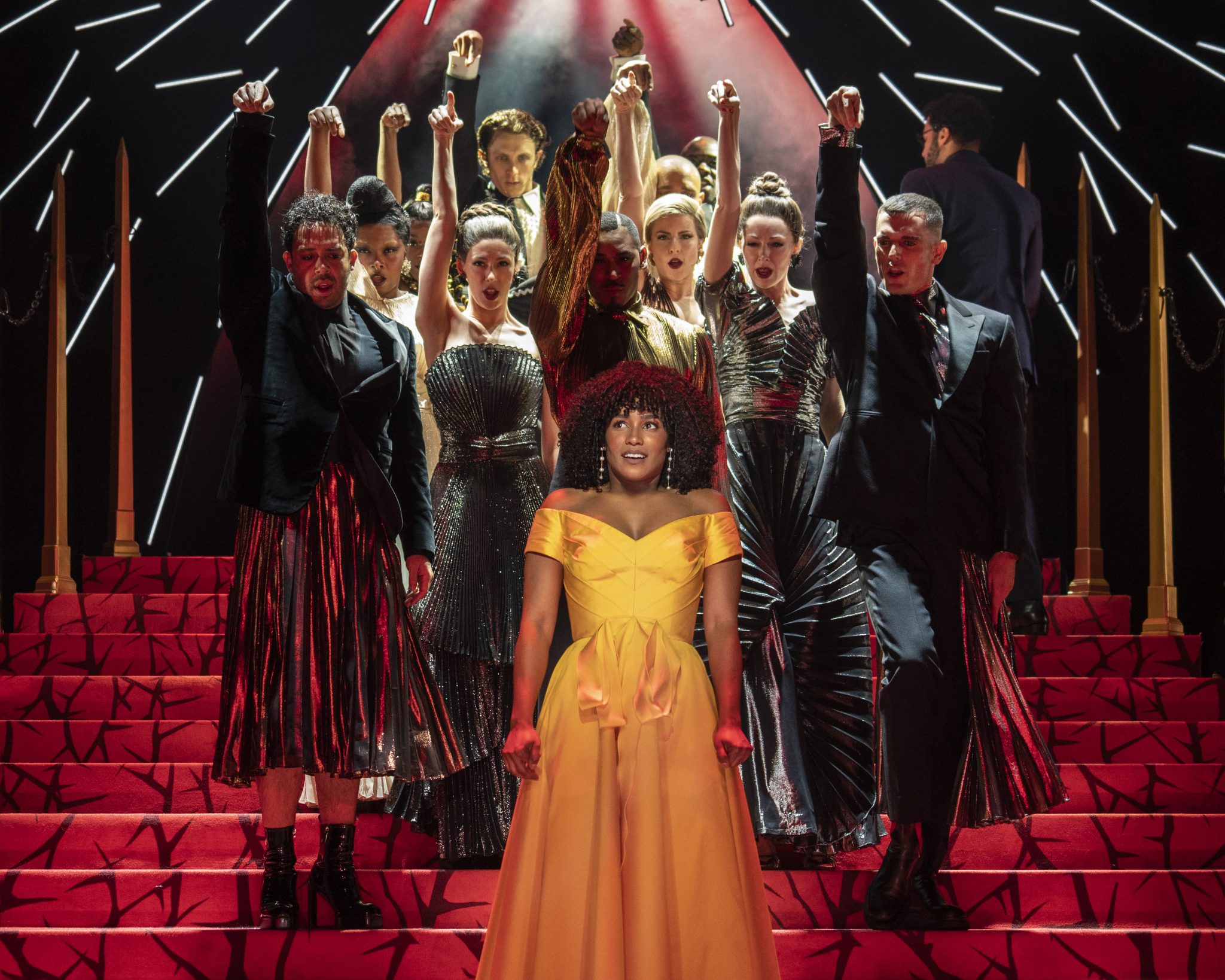 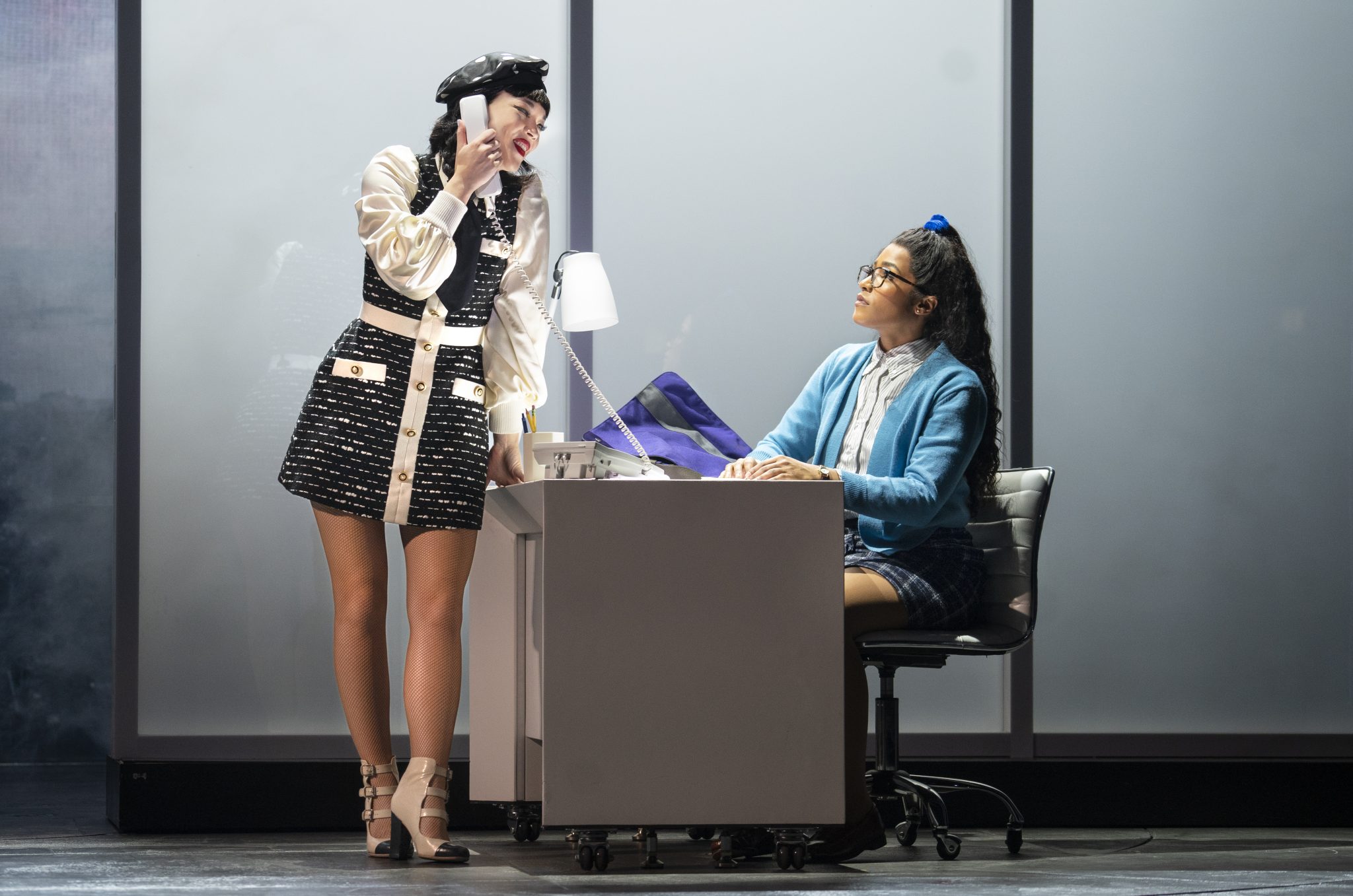