A little lost in the first 11 weeks of the Canadian Football League schedule – through the emergence of local quarterback Nathan Rourke in British Columbia, through the struggles in the East Division and, yes, the departure 9 -1 Winnipeg Blue Bombers – was a scenario we may have come to expect in these games: The continued dominance of the Blue Bombers “dark side” defense.

Each of the subplots listed above generated just the right amount of headlines and buzz over the summer months of the CFL season, but the Blue Bombers defensive lineup continues to be quietly and effectively one of the most powerful forces in the league, even in the midst of a significant amount. change.

Consider this: the defense ranks first in the CFL in the two most critical defensive categories: points allowed (18.2 per game) and touchdowns allowed (just 13 in 10 games).

And yet, talk to anyone who makes a living on the defensive side of the ball and there’s a clear consensus: this group can still improve.

“Mistakes have been made, but one of the things we’ve improved is we’re making it harder and harder for teams to move the ball towards us,” star middle linebacker Adam Bighill said after a torrid practice Monday. . “We play good football. The guys steal and play their games. We’re not giving up a lot of touchdowns, which is great, and we’re making it difficult for teams to score points.

It’s all happened, it’s worth noting, with Kyrie Wilson with an Achilles injury, with all-star safety Brandon Alexander yet to take a picture – and his replacement Malcolm Thompson also injured – with new faces in the secondary to Demerio Houston and Donald Rutledge, Jr. and with defensive end Jackson Jeffcoat missing three games.

“You come in, you’re expected to play at a certain level and get your games right,” Bighill said. “We understand that people are going to make mistakes, but the idea is not to make the same mistake twice and to improve and become a vet very, very quickly.

“We have great coaches who give the guys the tools and the chances to succeed. That’s a big part of it: the guys work hard, they get great coaching, and then they come here and fix the mistakes. That’s it.”

The Blue Bombers defense posted historic numbers in the Gray Cup title chase last year, giving up just 13.4 points – the club’s lowest total since allowing just 11 .4 points in 1958. The club stressed from the start of training camp that last year’s success had to be put aside, but it provides an interesting point of reference.

“You don’t think about what last year was, but it makes you think about what’s possible,” Bighill said. “We know what we left there and want to recover. There are many every year and there were even some last year. It’s about continuing to play as perfectly as possible individually, and then that emerges collectively as a team. 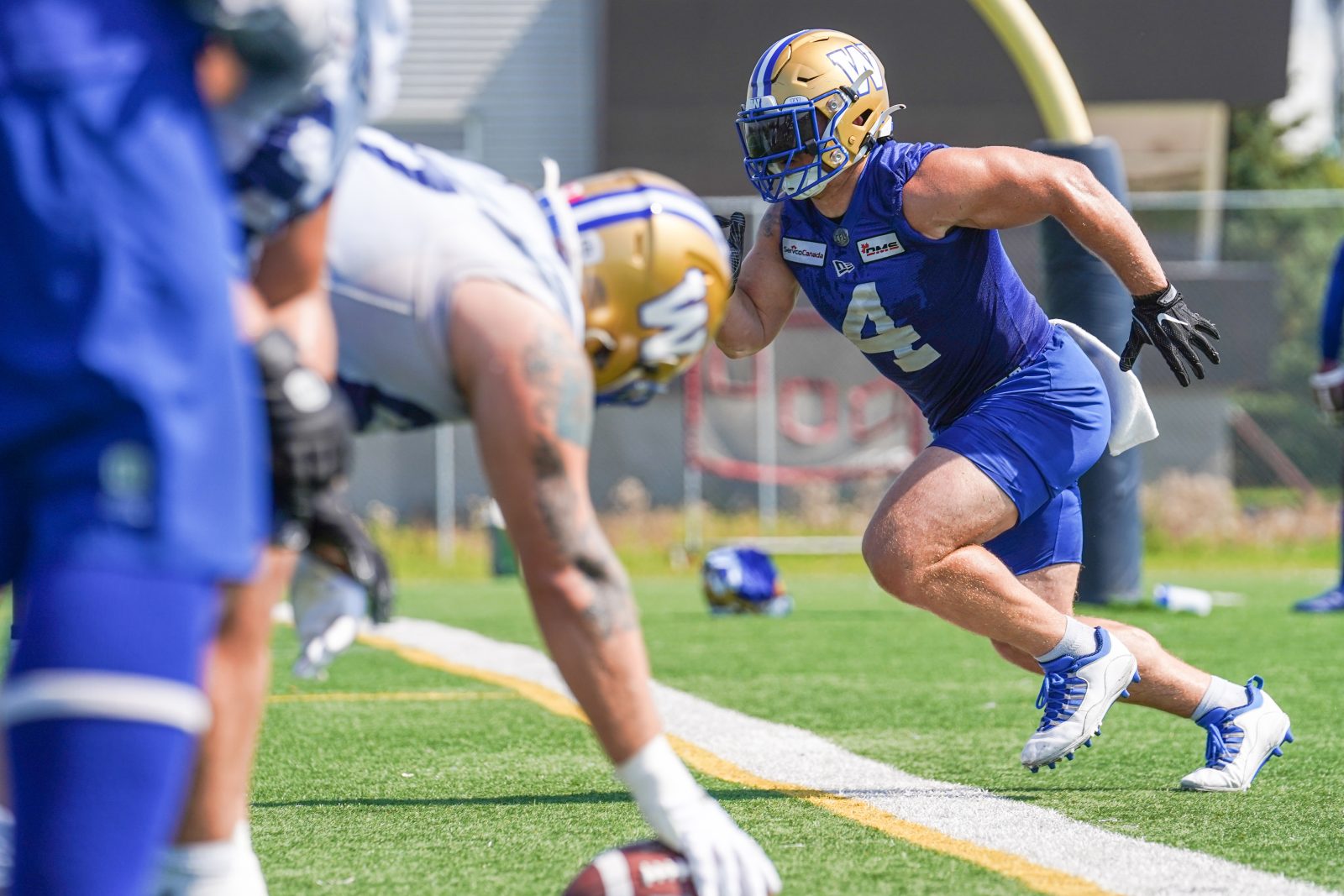 Blue Bombers defensive coordinator Richie Hall, who was asked Monday to rank his defense after 10 games, said he would place his group in the top third of the league. The team has given up 16 passes for 30 or more yards — tied for third in the CFL — and gives up 330.7 yards per game, the second-fewest.

“I wish we were a little more consistent,” Hall said. “Some of the things happened earlier in the year where we gave up blowout games, big games – (against) BC, Ottawa games – if we tighten up those things we can come back to the standards that we were.

“The things that we strive for and they’ve done a great job with are, how many points have we given up? The main thing is to keep those points low and when you keep those points low you give yourself an opportunity. I’m happy this way. Now can we eliminate some of these construction sites?”

Winnipeg is entering a critical phase in its schedule that could quickly determine its place in the West Division standings. The club has already won the season series with the Calgary Stampeders – this Thursday’s opponent at IG Field – and handed the Lions their only loss of the season so far. 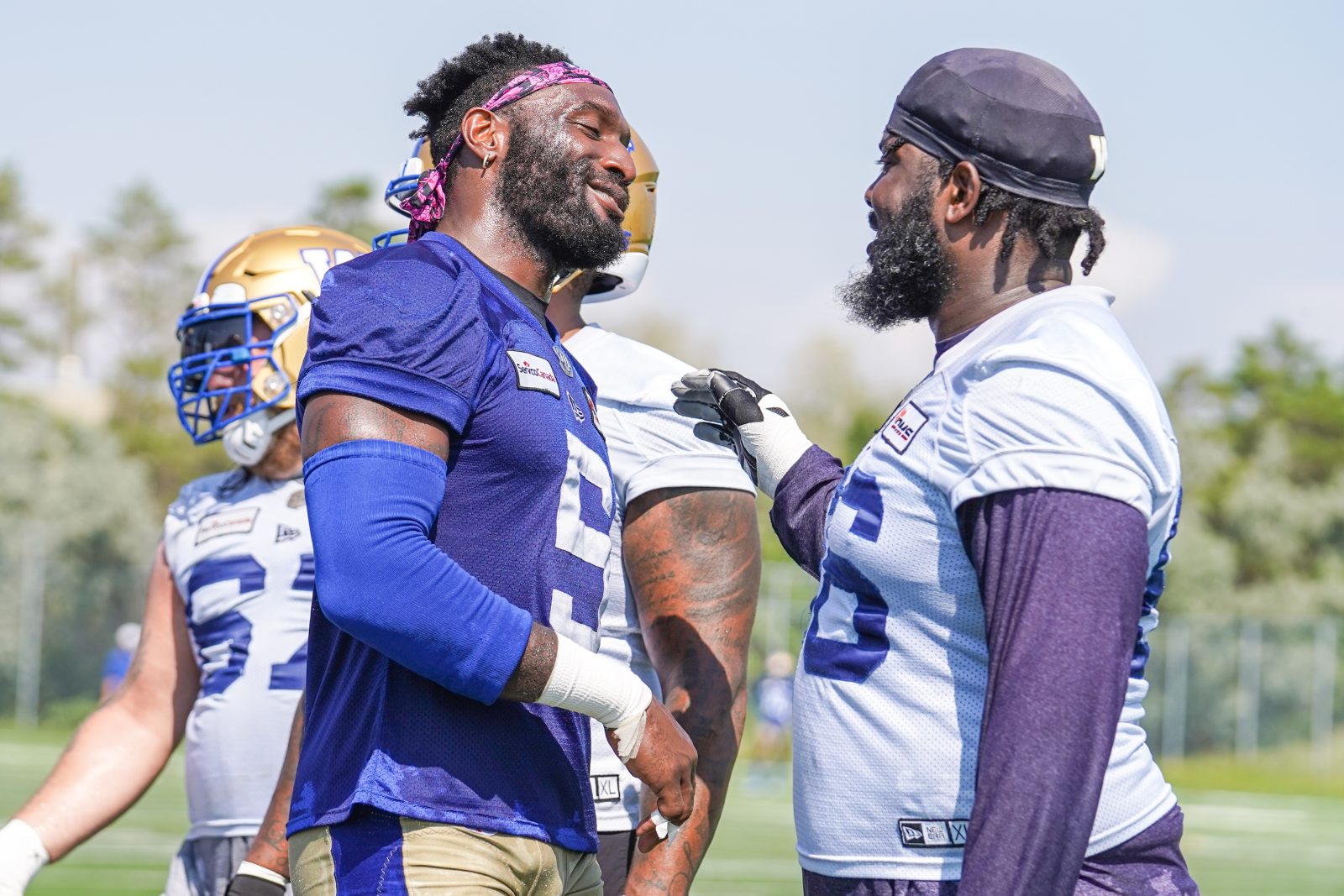 Seven of the club’s eight remaining games are against West Division opponents, including one against the Edmonton Stamps and Elks, three against the Saskatchewan Roughriders and a home-and-away series with the Leos at the end of the season regular.

“What I like from what I’ve seen so far is that we all want to improve,” said star running back Deatrick Nichols. “We are playing good football, but we all agree that we need to improve in some areas. It’s about fixing the little things right now.

“We see it, so we don’t just say it to make it sound good. Everyone sees room for improvement. We know we can improve and we will. It’s a whole new team. We can’t think about what we did last year, we just have to keep working and be great in our own way.

The Blue Bombers got scared in practice Monday when receiver Greg Ellingson stopped while passing. He limped off the field before leaving practice and did not return.

Head coach Mike O’Shea didn’t get an update immediately after practice, but the daily injury report lists his problem as a foot.

Ellingson ranks second on the team behind rookie Dalton Schoen with 37 receptions for 572 yards and three touchdowns, despite missing three games in the first 10 weeks.

One of the by-products of such a busy schedule during the first part of the season was the lack of practice time. O’Shea said he was pleased with the sharpness of the first two practices after returning to work after the week off.

“Guys were flying everywhere today. Lots of communication which is good and despite the heat I found there was a tremendous amount of focus,” he said. “You check the execution on film, but I don’t think we did any push-ups (after an offside or illegal procedure penalty in training) today, which means the guys keep clean in terms of penalty.”

O’Shea said his staff is working through issues as they arise over the season and the three coordinators — Hall on defense, Buck Pierce on offense and Paul Boudreau on special teams — had emphasized some points they had highlighted when the team returned to work.

“As we went along, the guys played pretty fine with the details,” O’Shea said. “But eventually, some things break down. It has nothing to do with anything, but it’s week 9 or week 10 and you haven’t had as much work as you need. Practice is good. So we kept it fresh throughout the first part of the program to make sure the guys were physically ready to play. In that, they were sharp in meetings and sharp when out in the field, but you lose some of the fundamental stuff. We just need to get back to doing good foundational work for the next few weeks.