The Curry family never found out what killed Thomas in 1925 when the boy was only 17, but they buried his body in Pennsylvania in a cemetery with his great-grandparents.

At least they believed it. When anthropologists unearthed his coffin on Tuesday, they found no body, only wooden planks, CNN reports.

A team of anthropologists from the University of South Florida worked to exhume and identify the bodies of students buried at the Arthur G. Dozier School for Boys, where 100 students died between 1900 and 1952.

As the school campus grew into a series of cemeteries, Curry died “under suspicious circumstances while escaping Dozier twenty-nine days after his arrival,” according to court documents.

The then coroner told the family there was no known cause of death, although a ledger noted that he was “killed on the RR Bridge in Chattahoochee, Fla.”

The cemetery where he was buried has a document simply saying that he was “killed by train”.

Then, in 2008, a death certificate was found in Dozier during a state investigation saying Curry died of a crushed skull but the cause was “unknown.”

This led anthropologist Erin Kimmerle to the Old Cathedral Cemetery in Philadelphia, where she hoped to answer questions about the death of another student.

The coffin they found had the same thumbscrews as the coffins found on the Dozier campus, but when they opened it all they found was wood. â€œLayers of pieces of wood,â€ Kimmerle says. â€œIt was completely filled with planks of wood. “ 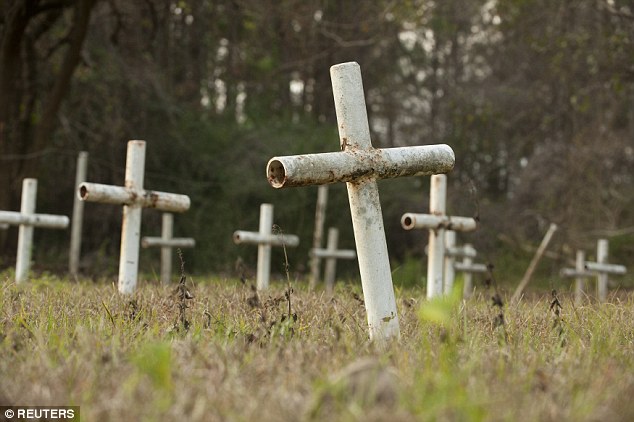 Cross: The school campus became a series of cemeteries, as authorities buried dozens of boys who died while attending school, sending others like Curry home with families 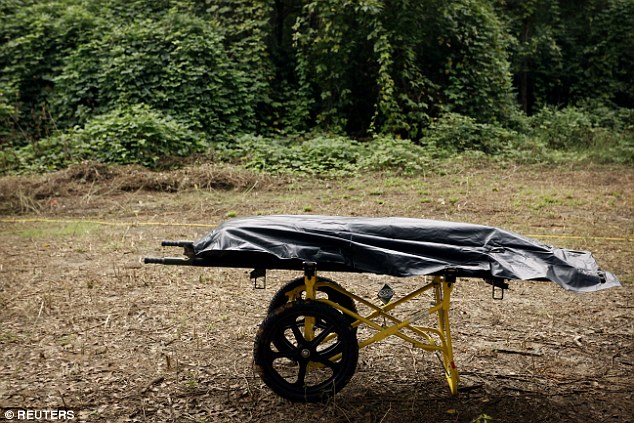 Unearthed: Anthropologists from the University of South Florida, led by Erin Kimmerle, worked to identify grave pits and exhume bodies 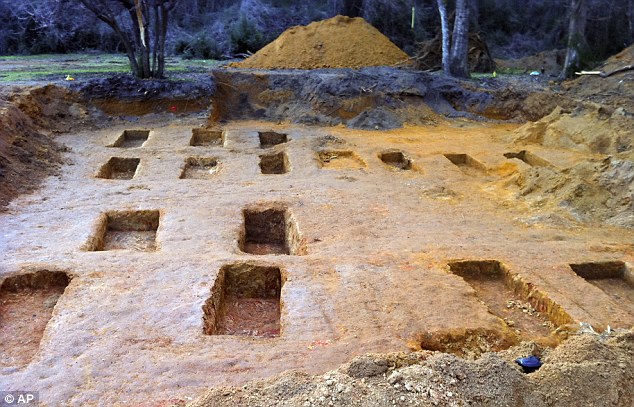 Plots: The arrangement of the graves on the ground is sometimes orderly and sometimes random, and Kimmerle believes that other graves remain to be discovered. 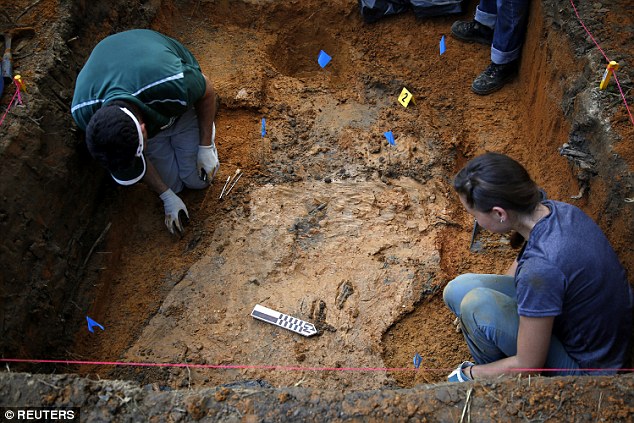 Forensic medicine: University students attended the excavations, which are aimed at finding human remains and investigating the cause of death if possible

‘Where is he?’ shocked Pennsylvania State Police Corporal Thomas McAndrew said at the grave.

The Dozier School, which only closed in 2011, has been described as a living hell of violence and torture, with one staff member describing the “boy hunt” to the Tampa Bay Times, where armed guards or convicts from the nearby prison known as “The Dog Boys Stalked the Escapees.”

Back in Dozier, the surviving charges say they were whipped, and some alleged they were sexually abused and raped, though some former administrators have denied the abuse.

It was there that Curry fled just before he was found lying near the railroad tracks with a fatal head injury, and someone worked to ensure the body was not discovered.

â€œSomething was shipped from Florida, and it was buried, and someone believed it was Thomas Curry,â€ Kimmerle said later.

When the school sent the coffin to his grandmother in 1925, no one apparently checked the contents inside before a Catholic ceremony was held and his burial.

Kimmerle has contacted relatives of Curry, and a cousin, Eileen Witmier, 61, who is the granddaughter of Curry’s mother’s sister, has provided DNA samples that researchers hope they can use to identify Curry if his body is found.

“Their interest is in seeing justice done,” said Cpl McAndrew.