Bollywood actress Malaika Arora is once again under the radar of the troll police. The internet reigning actress with her stunning looks and ravishing fashion sense has repeatedly been trolled by internet users. Recently, the actress was photographed in the city attending a party. She almost tripped in her high heels after getting out of the car. The actress was saved by someone from the fall. She later took off her mask and was seen laughing before posing for the paparazzi. 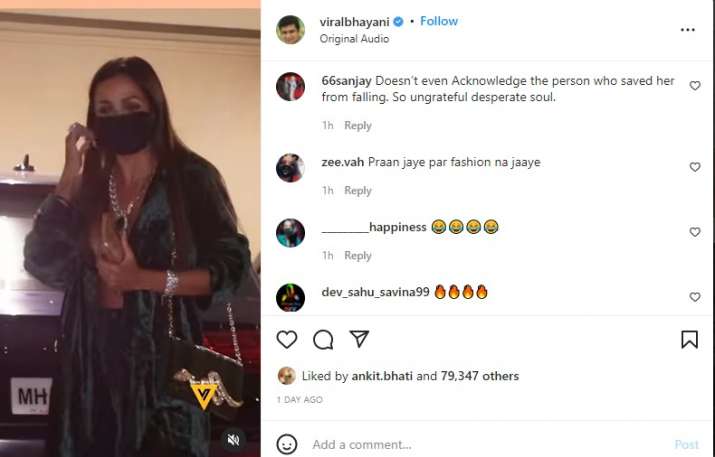 The actress made a bold statement with the green dress, paired with white high heels. The actress is the epitome of high fashion as she is often photographed making style statements in bold outfits.

Recently, Malaika celebrated Christmas with Amrita, Arhaan and her parents Joyce Polycarp and Anil Arora. Sharing the photos, she captioned the photo, “Laughter, love and joy of Christmas all around.”

Her sister Amrita also shared the same photo along with another photo with her husband, their kids and their pet. She captioned it, “Merry Christmas! From ours to yours. Health and love to all. To the lovely chaos of life.”

On the job front, the actress was last seen on a dance reality show as a judge with Geeta Kapur and Terence Lewis.