Job growth continued to advance in February 2022 as the omicron variant began to fade, reflecting a US economy that remains on track for continued healthy growth and setting the stage for the Federal Reserve to begin to raise interest rates in March.

Even with strong job gains in recent months, there’s plenty of room for continued growth to come, says Preston Caldwell, Morningstar’s chief economist. “Today’s report supports our thesis that the return to work is far from over,” he said. “The pace of hiring has picked up and wage growth has slowed, likely reflecting easing constraints on labor supply.”

The Labor Department said the US economy added 678,000 jobs in February, a stronger-than-expected increase that followed an increase of 481,000 nonfarm payroll jobs in January. Meanwhile, the jobless rate fell to 3.8% in February from 4.0% the previous month. Although still up from 3.5% before the start of the pandemic in February 2020, compared to historical levels unemployment is very low.

“Jobs growth in February was surprisingly strong, likely benefiting from the return to work of those retained by omicron in January,” Caldwell said. “A lot of people in January missed work due to the need to quarantine themselves or take care of quarantined kids.” Caldwell noted that when the month-to-month fluctuations in hiring are smoothed out, the three-month moving average of job growth has remained largely constant in the 500,000 to 600,000 range over the past year. the last year. 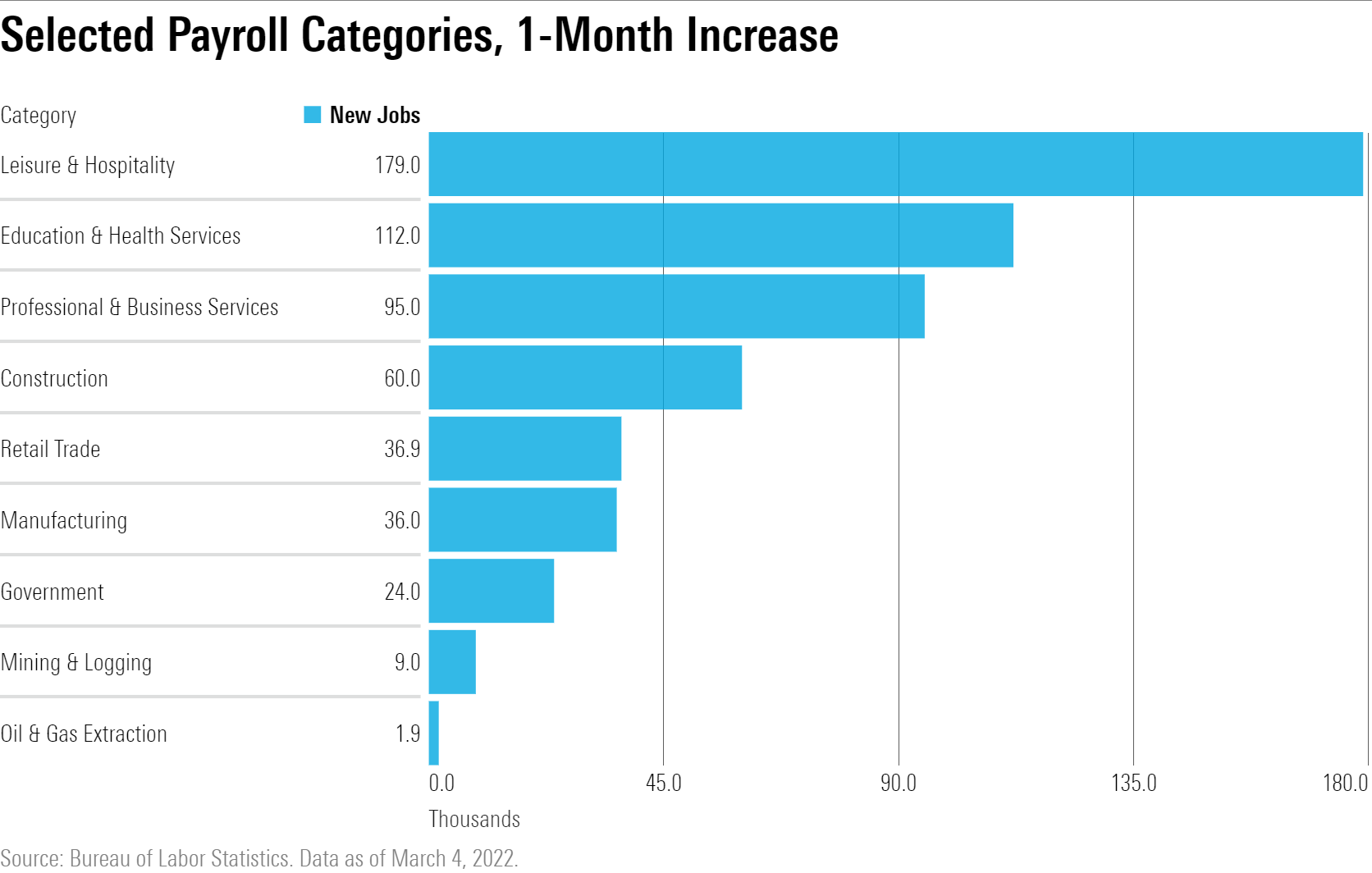 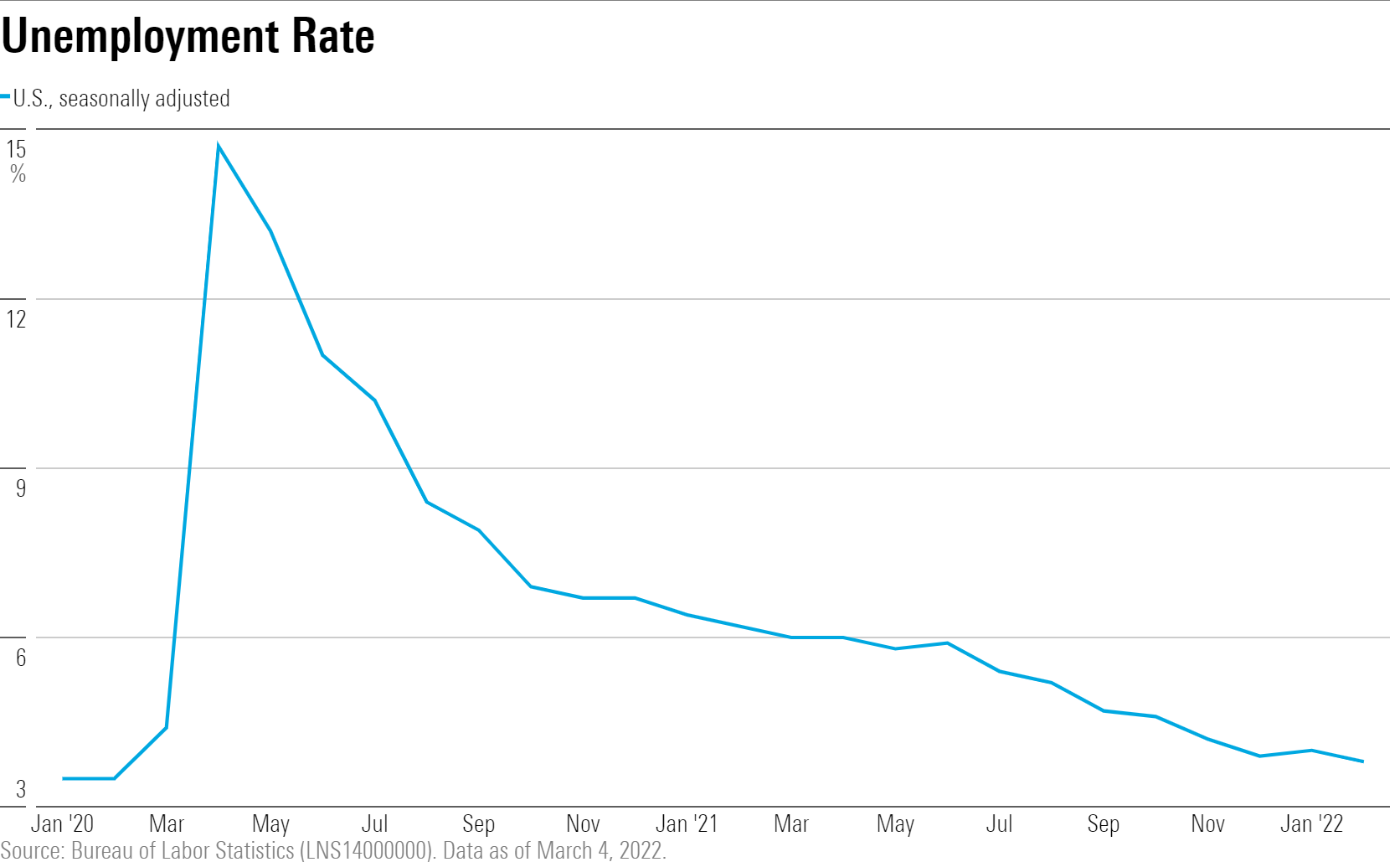 Caldwell points to an increase of about 300,000 in the labor force in February as the driver of the rise in employment reported in the household survey, which is the part of the monthly report that produces the unemployment rate. “In particular, the participation rate of prime-age workers increased by 0.2%,” he says. “This confirms our thesis that labor supply is far from peaking, and there is plenty of room for recovery in labor market participation.” 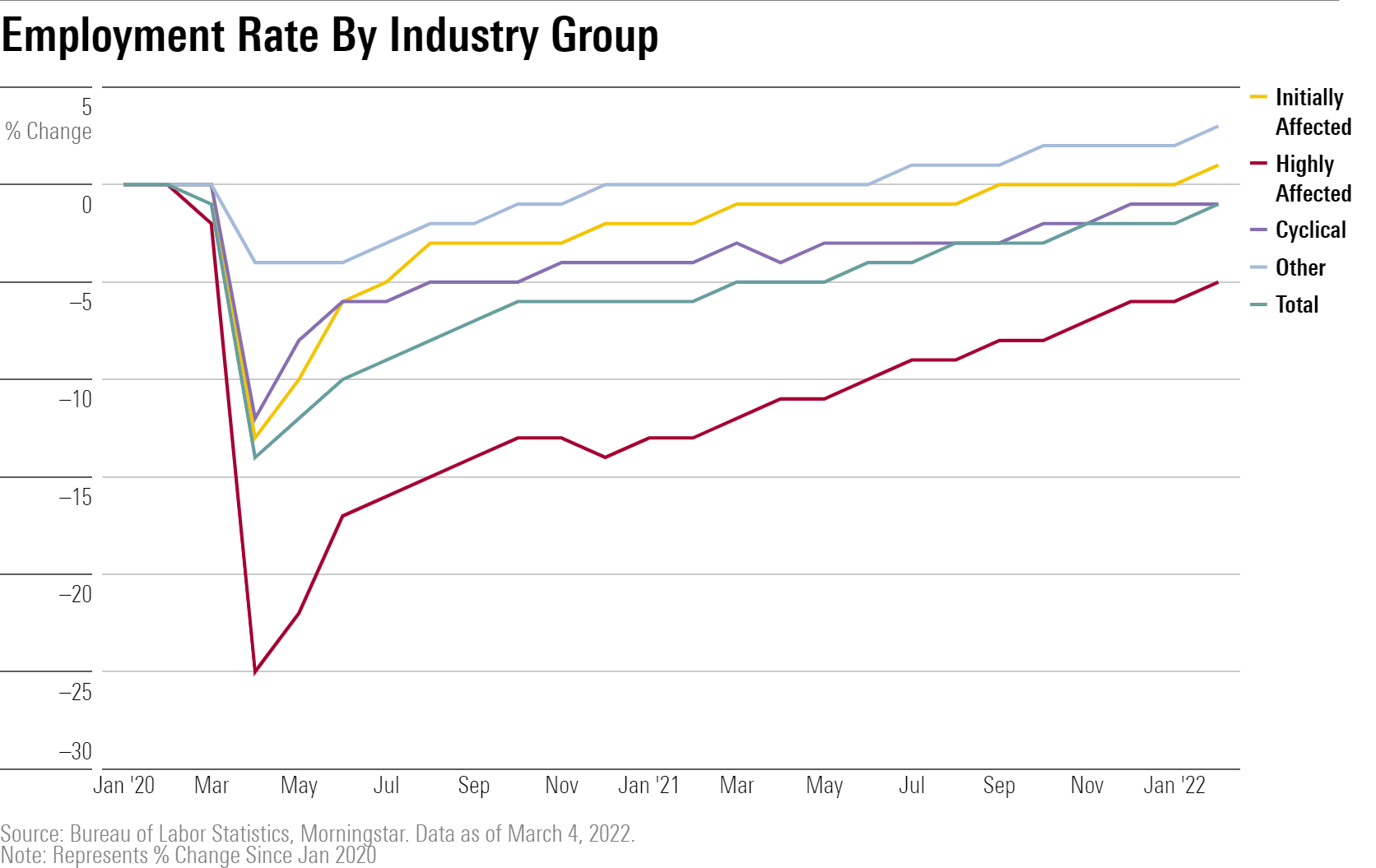 “Restaurant employment is still down 7% from pre-pandemic levels, with other leisure activities – such as hotels – down 15%,” says Caldwell. “These are areas where we have seen continued strong hiring in recent months.”

On the wages front, average hourly earnings were flat in February from the previous month, rising $0.01 to $31.58. Economists and policymakers are watching the pace of wage increases closely, fearing that rising inflation could lead to a so-called wage-price spiral where higher prices force higher wages, which then creates more demand for goods and even higher prices. 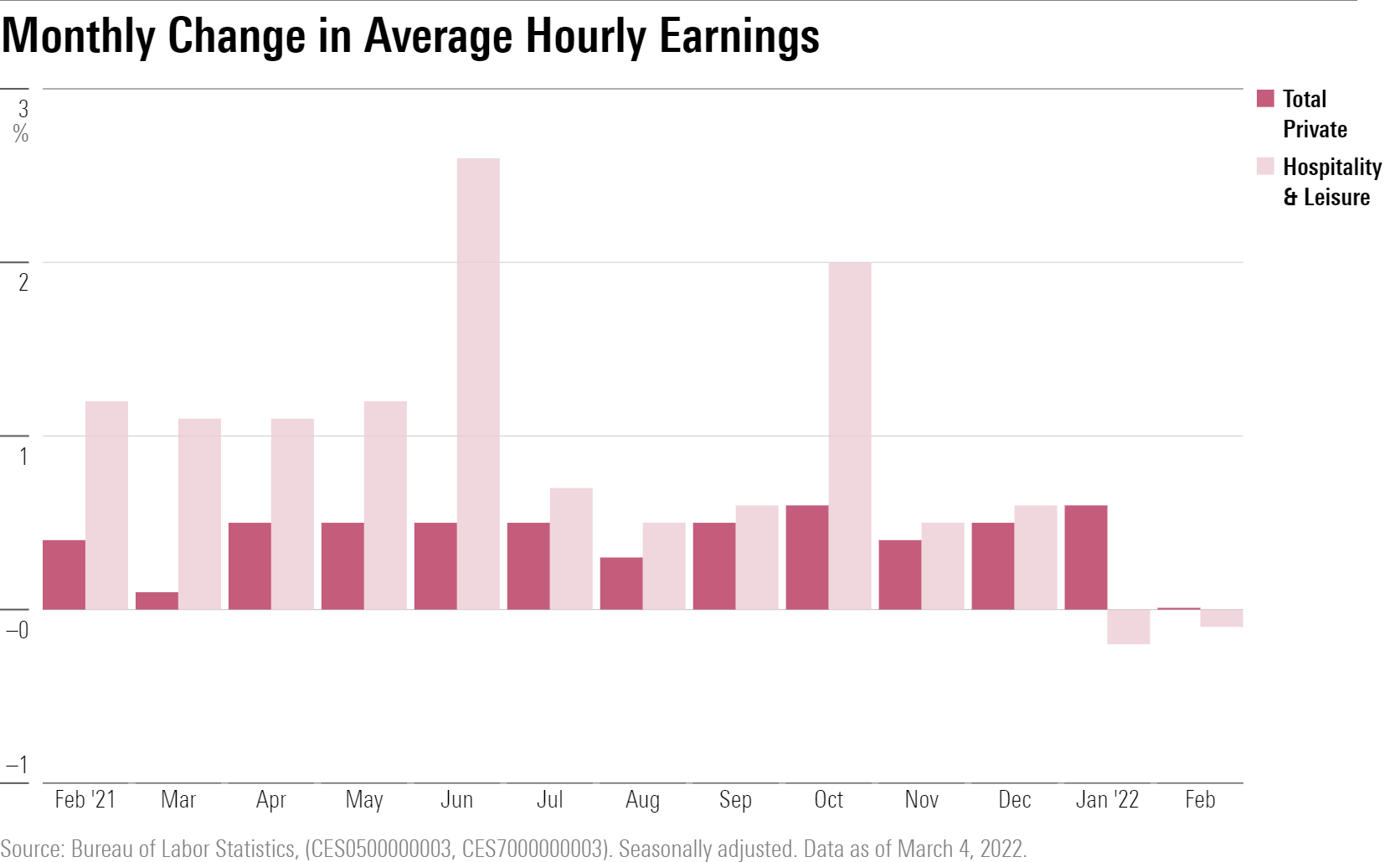 Year over year, average hourly earnings rose 5.1% in February, down from a 5.7% increase in January.

“We have to be careful in interpreting the sharp slowdown in wage growth, which may just be temporary noise,” Caldwell said. “Nevertheless, fixed wages support the idea that labor supply is expanding, and this bodes well for easing inflationary pressures.” 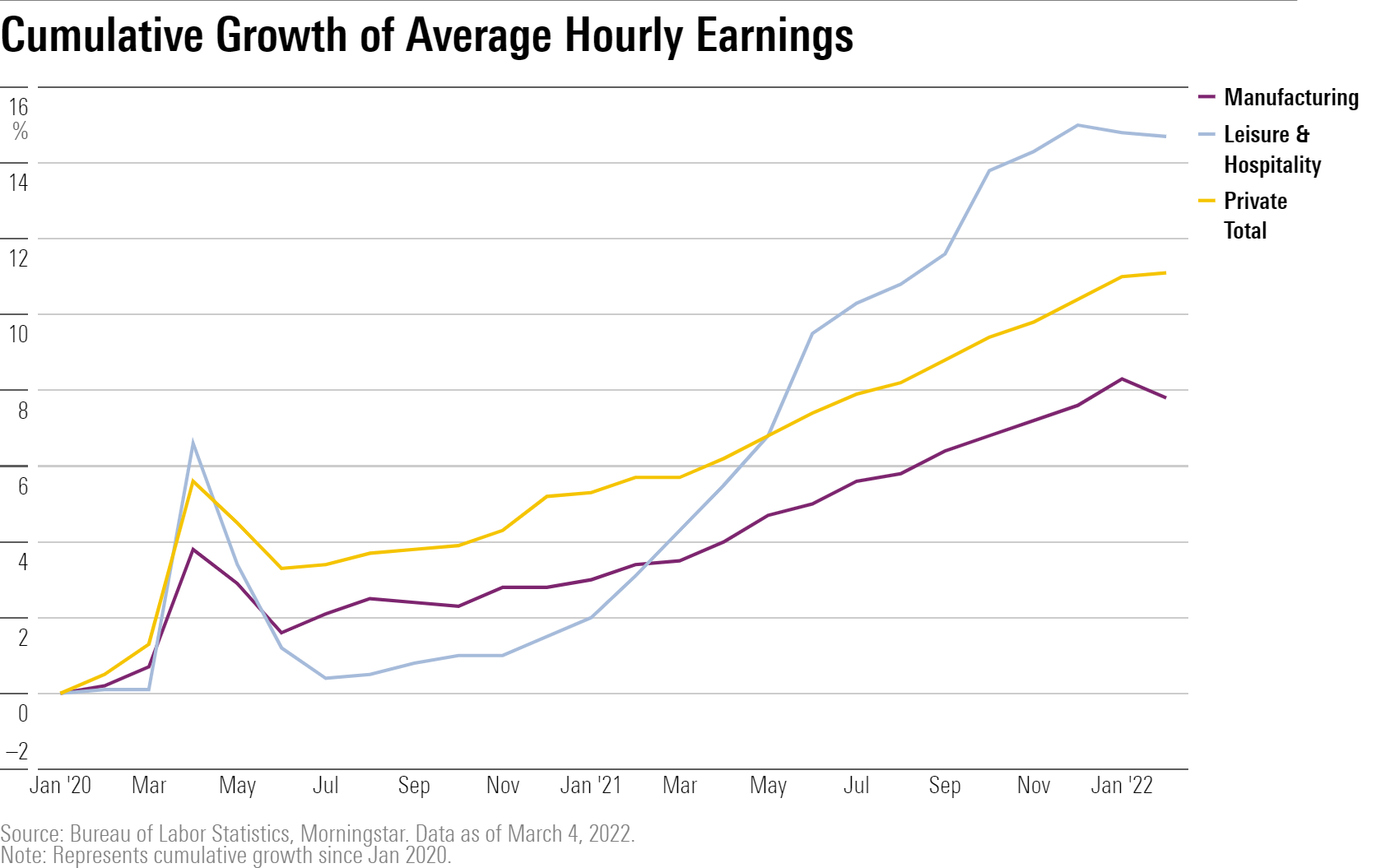 With strong job growth and inflationary pressures elevated, the bond market expects the Fed to begin raising rates at its two-day meeting that begins March 15.

Prior to Russia’s invasion of Ukraine, investors expected the Fed to kick off its rate hikes with a half-percentage-point hike in the federal funds rate from zero, where it has been around since the start of the pandemic recession. But with the invasion of Ukraine creating more uncertainty about the global economy, and with Fed Chairman Jerome Powell coming out in favor of a quarter-point hike , these expectations have changed dramatically.

According to the CME FedWatch Tool, the odds are north of 90% that the Fed will raise the fed funds rate by 0.25%. 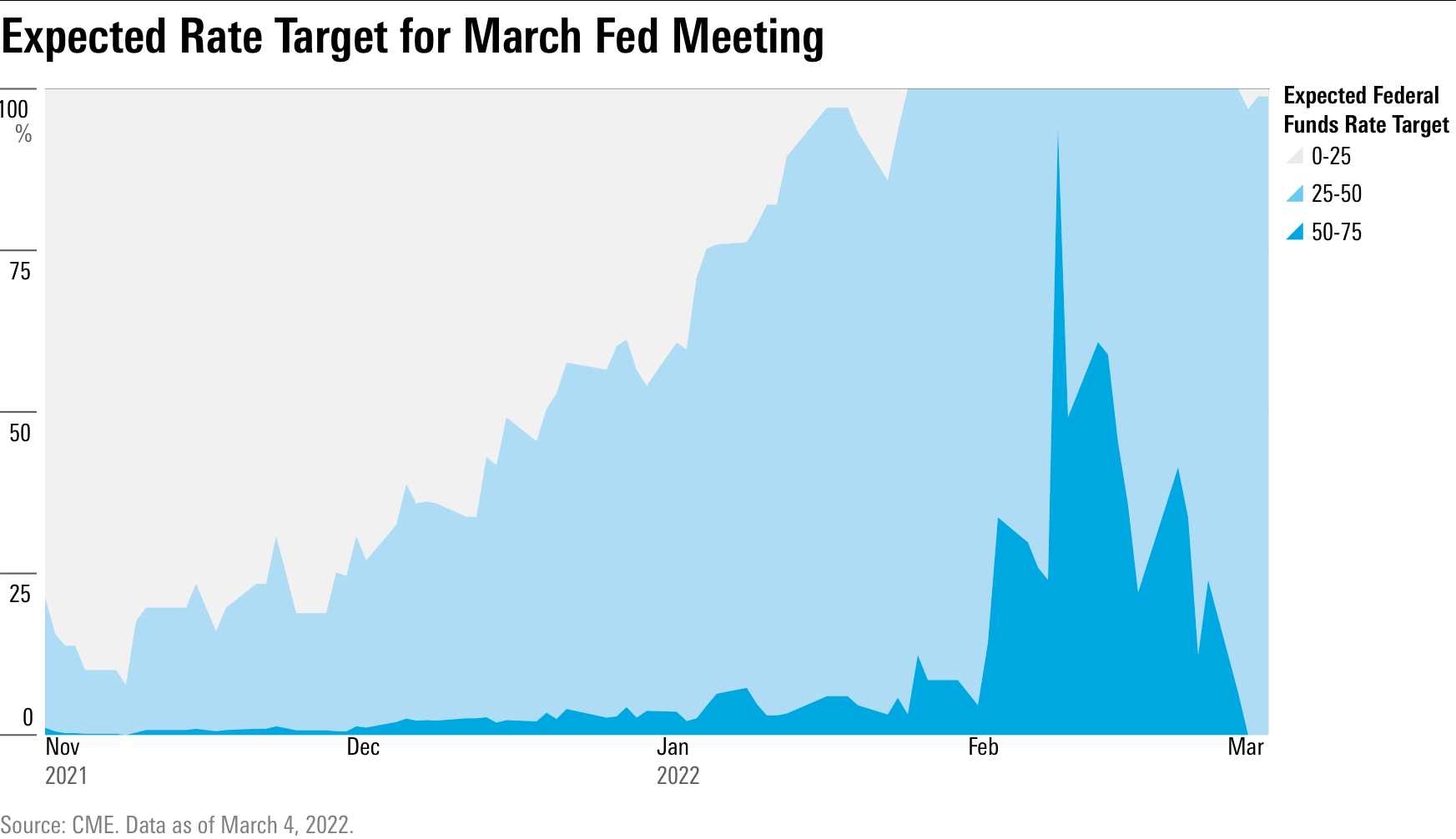 “The war in Ukraine remains the big joker,” he adds. “Theoretically, the Fed should not react to the short-term inflation generated by the rise in oil prices due to the disruption, unless there is a risk that inflation expectations will start to rise. , which would lead to persistent inflation.The Fed can’t actually know this is driving up inflation expectations, so I think we should – and will – see tighter monetary policy in response to rising oil prices. If oil prices remain at current or higher levels throughout the year, we could see seven increases through December. 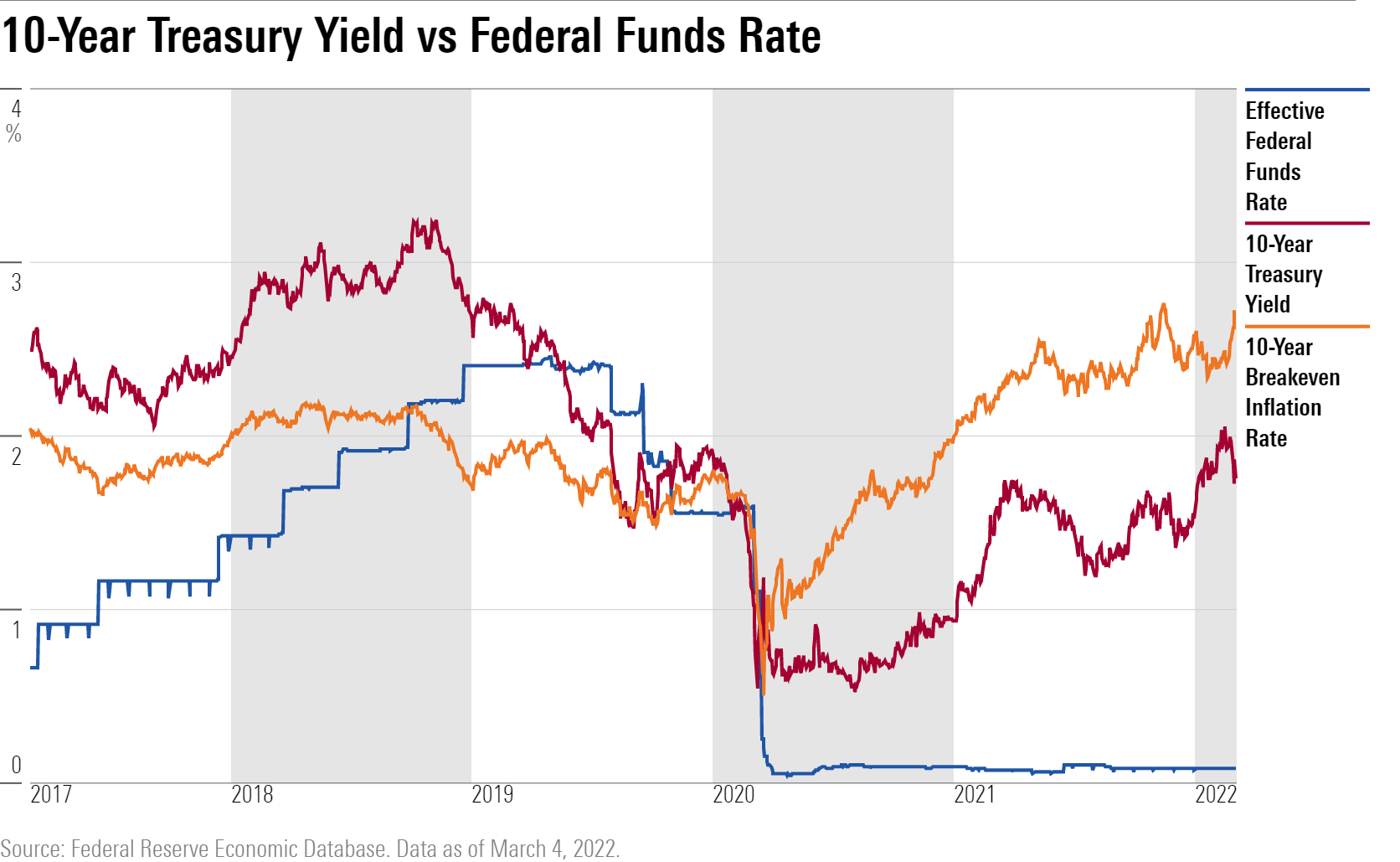